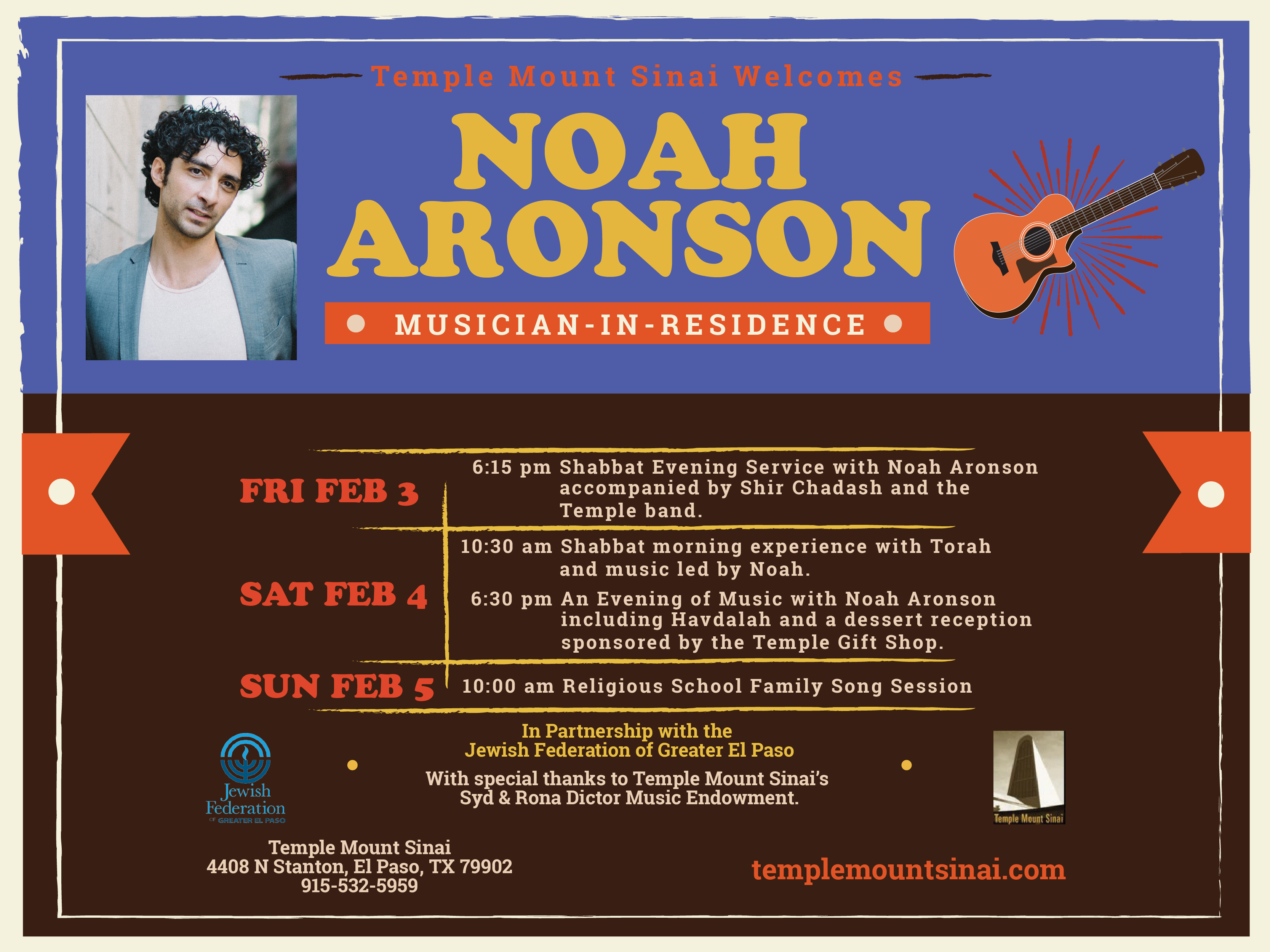 Noah Aronson is an energetic and soulful composer/performer whose unique musical style propels his music into communities across the country and in Israel. Noah earned a degree in Jazz Composition and Piano from Berkley College of Music in Boston and held the position of Composer-in-Residence at Temple Beth Elohim in Wellesley, Massachusetts. Noah conducted the Manhattan HaZamir Choir from 2008-2010 and his choral music received an honorable mention in the 2009 GTM Young Composer’s Award. Noah released his first solo Jewish album in May 2011 and the title song ‘Am I Awake’ was a winner in the New Voices song competition at New CAJE 2011. Noah’s album ‘Left Side of the Page’ has received wide-spread acclaim for setting to music poetic selections from the Mishkan T’filah Prayer Book.

Noah serves on the faculty of the annual Hava Nashira and Shabbat Shira workshop in Okonomowoc, Wisconsin and the Shirei Chaggiah workshop in London England. In 2015, Noah partnered with Berhman House, the largest distributor of Jewish educational materials, to create an innovative, music-based curriculum entitled Hebrew in Harmony. His music has also been featured on two compilations from the PJ Library series. Noah is currently serving as the Creative Director of Sacred Music NY, a non-profit organization he helped to create, that organizes concerts around New York City bringing together spiritual musicians from diverse backgrounds to inspire interfaith dialogue and social change. Noah’s music is now sung in progressive communities and summer camps worldwide and has been included as part of the Cantorial curriculum at the Hebrew Union College Debbie Friedman School of Sacred Music in New York City where he currently resides.

SAVE THE DATE: Please join us February 3rd, 4th and 5th at Temple for Shabbat Service at 6:15 pm on Friday evening featuring Noah Aronson and his music, Shabbat Morning Experience at 10:30 am on Saturday with Noah Aronson, a special interactive Havdalah Concert at 6:30 pm Saturday evening and a special song session for Religious School students and their families on Sunday morning at 10:00 am.